Future programmable voice chip on the AIoT Road
It should be noted that the combination of AI + 5G + IoT has opened up a new imagination for voice chips. But in this logic, the chip model that can occupy a wide range of markets in the future is by no means what smart speaker chips look like today. The voice chip itself has just begun to change.
Based on the logic described above, future opportunities for change in voice chips will embrace AI-based on high-volume, full-scenario devices under new network conditions. Well, voice chip products that conform to this logic have not actually appeared. From this perspective, the issuance of the industry's access permits has not stopped.
From the AI voice chip in today's speakers to the ubiquitous AIoT voice chip in the future, there are just a few roads of change that have just begun.http://www.wtvoiceic.com/index.html 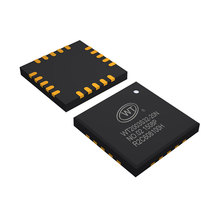