Voice chip selection
WT588S/H series, both chips can be externally flashed, large capacity, and can be used for repeated erasing. For electronic locks, users can change voice content.
WTN7 series chip, OTP chip, can store up to 170 seconds of voice content, the price is cheap, can directly push 8Ω0.5W speaker, can adjust the volume, can also be customized.

The background of the intelligent sweeper
From the "Stone Age" to the "Bronze Iron Age" to the "Electrical Age": At the beginning of every era of change, the driving force for the development of change is always that people want to liberate their bodies and improve their productivity. The invention of "car" People have liberated their legs, and the emergence of "aircraft" has satisfied people's desire to soar in the sky, advance and retreat like birds, and be as fast as the wind. Various products such as springing up are endless, and each invention is created to make our life more convenient. In this context, the emergence of sweepers has largely liberated people's hands and made them public at home. The hygienic cleaning of the occasion is simpler and more convenient, and it has also been loved by the general public.
The sweeper was originally a mechanical dead object, and the voice chip was like giving him "life", allowing him to enjoy the auditory or sensory enjoyment while completing the work. 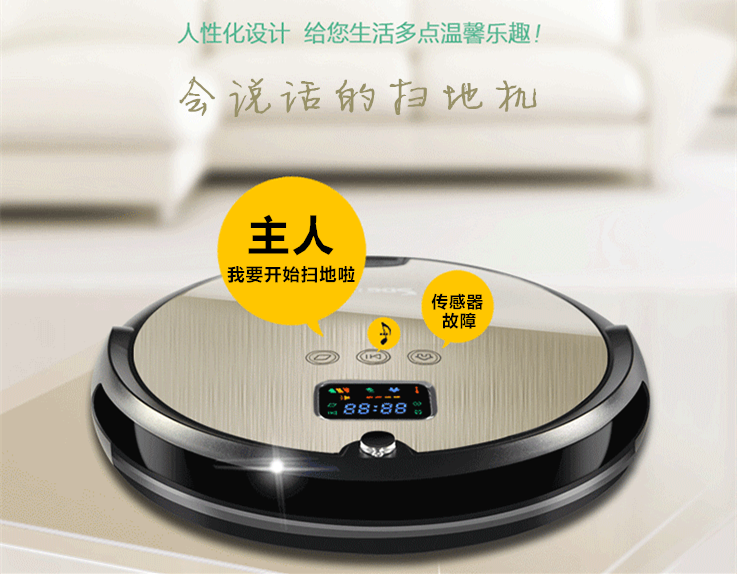 Smart sweeper function
The power of the sweeper is generally a rechargeable battery that can be recharged. At present, many electric sweepers use mobile power. All in all, the electric sweeper can be said to be a sweeping machine, vacuuming and other functions in one machine, and is very small, light and fast, and is one of the necessary cleaning tools for daily life of modern urban families.
Sweeper added to the voice chip function
Adding fun and anthropomorphism, adding a voice chip on the sweeper allows the sweeper to release some music while sweeping the floor, or add some anthropomorphic voice to make the sweeper a more anthropomorphic product. It is possible to report the results of the cleaning to the user at all times, and it also makes people feel that the sweeping is not boring, increasing the sense of fun during the sweeping.
Adding a voice chip to the sweeping machine not only facilitates the user, but also facilitates the sweeper to check its own problems and broadcast its own problems at any time. It allows the user to find the “pathogen” to timely solve the problem and prolong the service life of the sweeper. 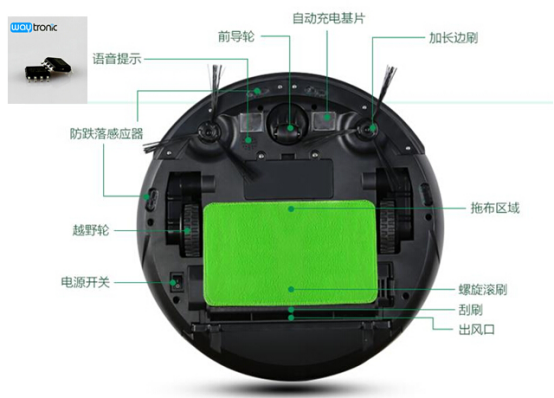